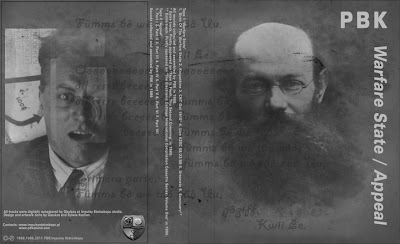 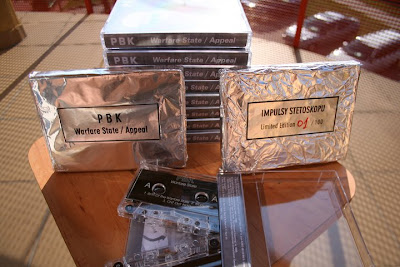 Impulsy Stetoskopu has now reissued two crucial noise releases by PBK: Warfare State(1988) and Appeal(1989). These two albums are the heaviest from that time-frame, in particular "Warfare State", with it's 30+ minute title track exemplifying a compositional approach that is now referred to as "HNW" or "Harsh Noise Wall". The "Appeal" cassette is even stranger and more alien with it's indefinable synth abstractions. Beautifully repackaged as a double cassette release with additional rare and previously unavailable tracks. Double side box comes packaged inside an aluminum foil slipcover. Limited, numbered edition of only 100 copies. Get it HERE