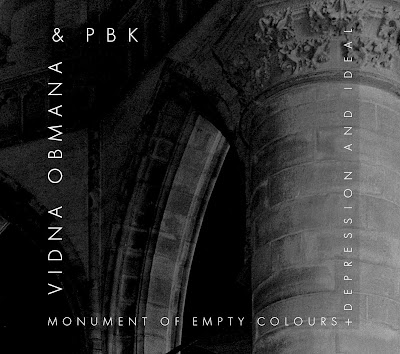 For the first time ever, two early collaborations by Phillip B. Klingler and Dirk Serries will be presented side-by-side on a new release. This expansive deluxe edition 2CD reissue is due in the fall on Zoharum (Poland). "Monument of Empty Colours", mixed by Serries, was begun late in 1988 and finished in the spring of 1989, "Depression and Ideal", mixed by Klingler, appeared later in the same year. Both are superbly remastered here and, taken together, provide the listener with a broader context for what the two were trying to achieve in these works: stillness, pristine beauty and an amorphous sense of drama.