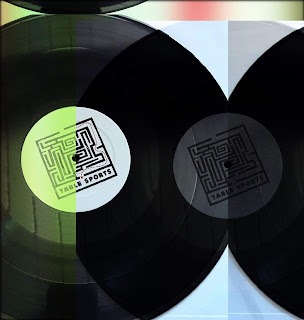 PBK's "Cluster Studies" album has been delayed and, at the moment, there is no specified date of release but we'll say "coming soon" on Table Sports in Portugal. This album consists of four never before released tracks of hypnotic looping and fluxing sounds recorded in 1998 inspired by Cluster's "Sowiesoso" album (in particular the track "In Ewigkeit"). Mastered for vinyl and digital by Martin Bowes of Attrition, a short clip from the album can be found at Martin's Bandcamp site HERE .